PREAMBLE
In the providence of God, Chinese churches of The Christian & Missionary Alliance found in many countries and regions of the world are led to manifest more fully their oneness by uniting in a worldwide fellowship.

ARTICLE I – NAME
The name by which this fellowship shall be known is The Chinese Alliance World Fellowship (CAWF).

ARTICLE II – MISSION
The mission of the CAWF is to facilitate cooperation amongst its member countries as they work for the fulfillment of the Great Commission.

ARTICLE III – PURPOSE
The purpose of the CAWF is to promote mutual caring and support, resource allocation and ministry collaboration, so as to meet the needs of Chinese mission and evangelism around the world.

ARTICLE IV – STATEMENT OF FAITH
The CAWF respects the Statement of Faith of the Christian & Missionary Alliance as adopted by various countries or regions.

ARTICLE V – MEMBERSHIP
National church union or association of the Christian & Missionary Alliance in a country or region that accepts the CAWF Constitution may be admitted to membership. Any Chinese Alliance church without the establishment of a national church union or association in its country or region may apply to become a member. Any member country deviating in doctrine or practice from the principles of this Constitution may be subject to suspension or expulsion from the CAWF. Any such disciplinary action must be ratified by the Triennial Conference.

ARTICLE VIII – BUDGET AND FINANCE
The ministry of the CAWF shall be financed voluntarily by its participating member countries. The Executive Committee may choose to present an operating budget to the Triennial Conference. All official and corresponding delegates will attend the fellowship at their own expenses.

ARTICLE IX – RELATIONSHIP WITH ALLIANCE WORLD FELLOWSHIP
The CAWF shall maintain an associated status and establish close relationship with the Alliance World Fellowship (AWF) of the Christian and Missionary Alliance.

ARTICLE X – BYLAWS
The CAWF Bylaws, not in conflict with the provisions of this Constitution, may be adopted by the Triennial Conference of the CAWF.

This Constitution was revised and adopted at the Chinese Alliance World Fellowship held in Thailand Bangkok on July,13, 2018. 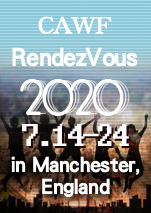 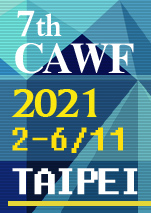